“KYO” NEXT aims to preserve and pass on traditional crafts to future generations, while also aiming for new developments through various collaborations, by transforming Kyo Yuzen drafts owned by Sekiya Dyeing Co., Ltd., which has a history of over 120 years, into NFTs. “YUZEN” project.

As part of that effort, we asked illustrator Taromaru to create a collaboration work with digital illustrations.

The beauty of the draft is captivating

―― thank you. May I begin by asking you about yourself?

[Taromaru]
My name is Kotonoha Taromaru, a freelance illustrator and game scenario writer.
He mainly works in the game industry called Play-By-Web (PBW).

―― How did you decide to sell your illustrations at “HINATA”?

[Taromaru]
I saw a tweet by “HINATA” introducing Kyo-Yuzen works on Twitter, and at that time I thought, “It’s amazing that this can be used as a material.” When I saw that it was actually used in an illustration in the introduction article, I felt that I would like to use it myself, so I contacted “HINATA”.

―― This time you exhibited an illustration of a cute demon girl.

[Taromaru]
Yes. As an easy-to-understand subject that will easily attract interest in various people, I used the familiar existence of “oni” in folk tales as a motif.
I like Japanese-style fantasy in the first place.

―― Certainly, all Japanese people have a common image of demons.

[Taromaru]
It’s easy to understand as a symbol when talking about Japan.

And demons are interesting.
I think the most universal image is of demons as villains, or demons as symbols of awe and fear. Calling humans with magical abilities demons… Also, in folk tales, kind-hearted demons sometimes appear in contrast to the dirtiness of humans.

A dramatic existence that seems to be common to all people, but actually contains a wide variety of images, is a “demon”.

―― I see, it’s interesting that it’s been handed down as a pronoun for various things, from fantasy to actual events.

[Taromaru]
Yes.
Both the demon and the Kyo Yuzen we borrowed this time are things that have been handed down from ancient times, so I feel a good synergy.

A new relationship between traditional Kyo-Yuzen and digital illustrations

―― This time, in collaboration with Kyo Yuzen, you used the design of Tomesode “Chrysanthemum”.

[Taromaru]
It was so much fun and so hard!

―― Was it difficult? What kind of place is it?

[Taromaru]
The design was so beautiful that I was worried about how to make use of that delicate world in my illustration. Of course, it’s beautiful no matter where you cut it, but depending on how you use it, it could lose its beauty, so it was both difficult and interesting to think about where to use it.

Also, Kyo-Yuzen itself is a completed work and pattern, so it has a strong presence. It was difficult to find a balance between the main elements of both illustration and Kyo-Yuzen.
If you’re going to go to great lengths to use it, I’d like to show the Kyo-Yuzen well, but I also want people to enjoy my illustrations properly.

―― Originally, it was a design that was used for kimono as a completed design.
Did you discover anything on the contrary?

[Taromaru]
Yes.
Normally, I think about the character and think about patterns and textures that match the costume and image of the character, but this time I thought about the character design and atmosphere based on the design…it was the complete opposite approach.
I borrowed a draft of “Kiku” this time, but I expanded the image of the illustration from the dignified atmosphere of the chrysanthemum. The method was fresh, so you might say it was a new discovery.

Also, when it came to Kyo-Yuzen, I had a strong perception that it was an analogue, or rather, an actual product. I felt like I had shrunk.

Existence of “HINATA” as a guidepost to step into unknown soil

―― By the way, Mr. Taromaru, is this your first time exhibiting at NFT?

[Taromaru]
Of course it’s my first time.
I’ve listened to it, but frankly speaking, the threshold was still high, probably because I understood it quite vaguely… So, when you talked to me this time, I was a little uneasy.

―― What do you think is the part that you feel the threshold is high?

[Taromaru]
I think that the excitement of NFT is very good because people who have not sold illustrations before can take on the challenge with low risk, but on the other hand, for illustrators who are already doing paid work It’s a mysterious unknown soil, isn’t it? On top of the need to understand the mechanism of new systems such as blockchain and NFT, we will be confronted with the evaluation of whether it will sell or not in a new environment…

Especially in NFT, illustrators who have refined their skills to draw illustrations do not compete with each other for individuality, but children’s drawings and images that have been slightly processed are bought and sold (laughs). The market is too unpredictable, and it’s frightening.
It takes courage to step into such a completely different soil, or maybe you feel a wall.

―― Certainly, NFT art has a chaotic part where “anything goes” as long as there is no copyright issue.
Just because an illustrator has a beautiful illustration doesn’t mean it will sell.

[Taromaru]
Consciously or unconsciously, illustrators who work for a fee tend to try to grasp the demand of the market and clients, so it’s all the more confusing.
I think the number of NFT illustrations will increase around here, and if the market matures, the threshold will be lowered a little more.

[Taromaru]
That’s right (lol)
In that sense, like “HINATA”, you can pay in Japanese yen in the Japanese market, consult with me about details and ask questions, “Leave the backup to me. Please!”, and as an illustrator, I’m very happy to have the courage to take a step forward. There is nothing but peace of mind! (laughs)
It’s rare to find a market where creators are so kind to us, and it’s great for everyone to expand their range of activities. I thought.

A story of fantasy encounters by demons

―― Finally, may I ask about the future development of Taromaru-sensei’s work?

[Taromaru]
Yes. Following the Onimusume that I sold this time, I would like to make another series of Oni in the future.

Originally, I like to draw original illustrations while thinking about the relationships between characters, and I also work as a scenario writer for games, so I would like to add a mini episode related to the work, so that the entire Oni series can be seen. I think it would be interesting if we could create a single world view.
This character and this character are lovers, so let’s buy both together! I would be most happy if something happened (laughs) 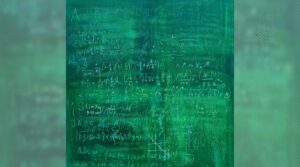 How does the artwork of Anastasia Vasilyeva come into being?